Solar Technology -- Past, Present, and Future 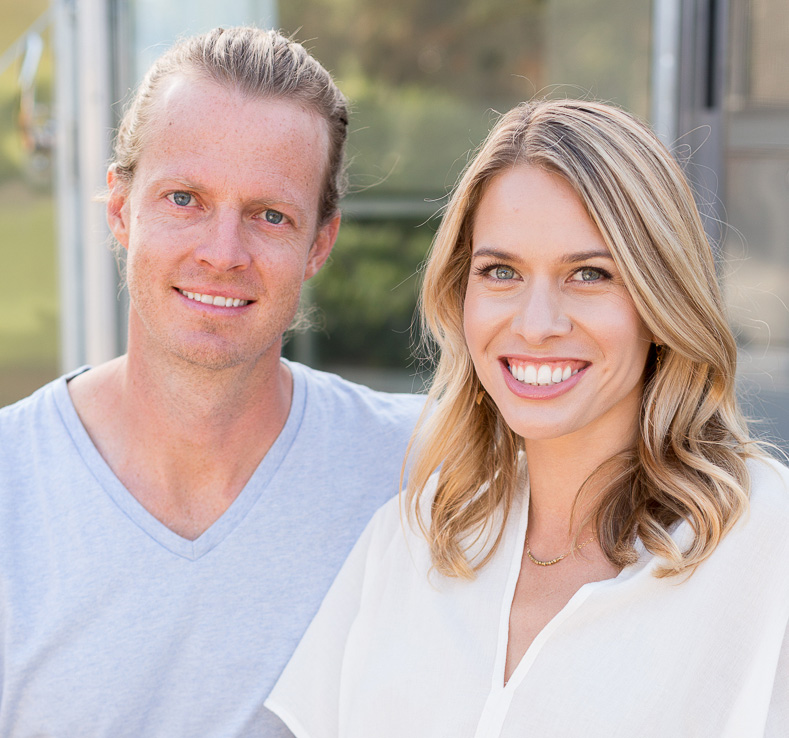 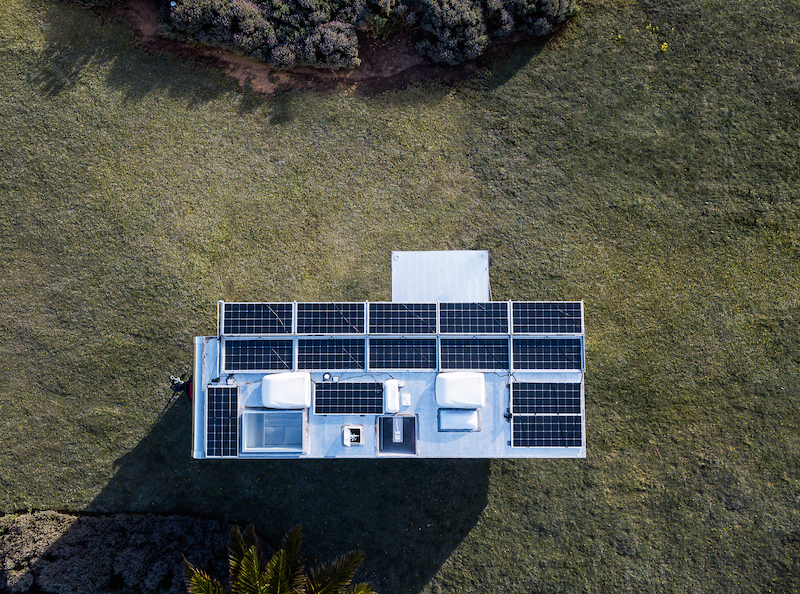 The evolution of solar technology in the US is part of a larger social movement to increase individual freedom through energy independence. As a company whose mission is to maximize freedom by creating off-grid living spaces, we strive to constantly innovate the solar and electrical systems of our product. While we find the technology cool and interesting in itself, the driving force of inspiration for us and many others behind solar development exists in the personal and ecological benefits of becoming energy independent.Why rely on someone or something else when you can rely solely on yourself?

Innovating the Future
‍
What was once considered “eco-fringe” has officially become mainstream. Off-grid living as it relates to solar energy production has been catapulted forward by technological innovations in power storage, panel cell efficiency, and solar skin design.
‍
Since its debut in 2015, Tesla’s rechargeable lithium ion battery bank, the Powerwall and its commercial counterpoint, the Powerstack has brought mass market attention to solar energy storage products while paving the way for a more cost-effective alternative to the grid. Improvements in energy storage capacity through lithium ion batteries also means greater potential for reliance on solar energy in tiny homes and mobile living spaces.
‍
As a leader in the luxury RV Industry, Living Vehicle now offers one of the only products on the market with an available upgrade that allows for running dual Air Conditioning units purely off of solar energy. LV’s ability to cool itself using the energy of the sun is made possible by a state-of-the-art hybrid inverter, lithium ion battery bank, and a massive solar array.
‍
American manufacturer, SunPower recently set the record for solar panel efficiency, or the rate at which a cell converts sunlight into usable energy. The company’s newest X-Series Panel offers an unparalleled 23.5 percent efficiency rating and costs just slightly above the price of an average panel.
‍
Though solar powered wearables such as watches are nothing new, solar skins are continuously evolving and being adapted for different purposes. Roads, sidewalks, window curtains, and water purifiers are all being modified in ways to incorporate solar cells and harvest the energy of the sun.

What Does It All Mean?
‍
‍Despite the evidence that solar tech is on the way to becoming more affordable than traditional power utilities, it’s clear that the motivating factor behind the mass migration to energy independence transcends immediate economic concerns. The ability to go anywhere and stay as long as you want without being limited by utilities starts with solutions for harvesting renewable energy. The more those solutions become self-containable, the more we are free to challenge the status quo. While our long term goal of creating a completely off-grid net-zero product is still in progress, the rate of innovation in solar technology points towards a bright and open future.

Travel Trailer with a Large Bathroom

Bathrooms are a subject I am well-qualified to speak on behalf of because I use them daily. 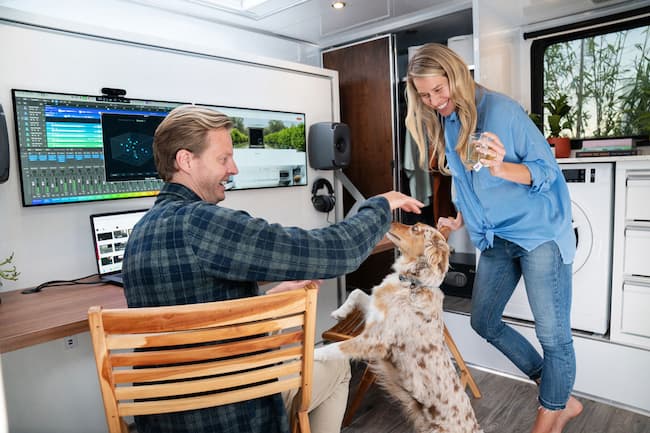 Living Vehicle is proud to announce the release of the LV Creative Studio. ‍ 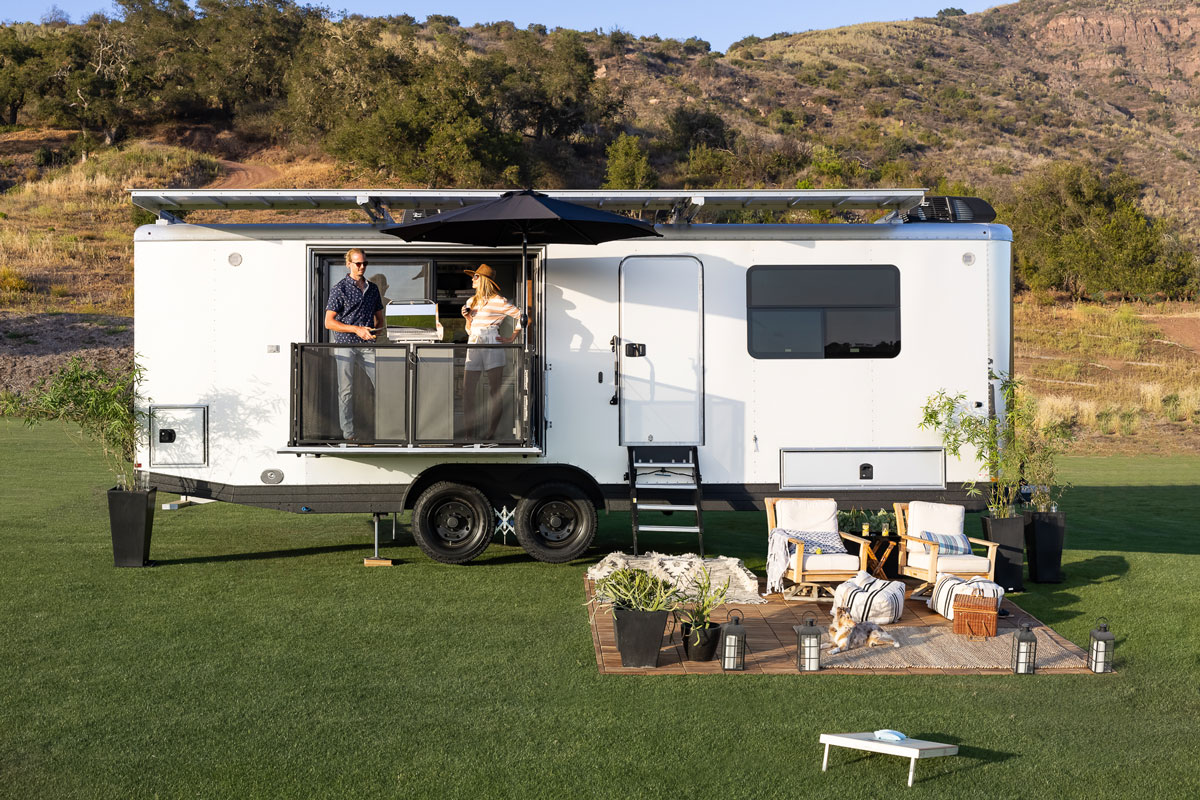 Here are 10 of the best benefits of full-time trailer living. If you are thinking of living in a RV full time, read this.