Thank you! Your submission has been received!
Oops! Something went wrong while submitting the form.
Walter Hofmann, Co-founder & Chief Service Officer 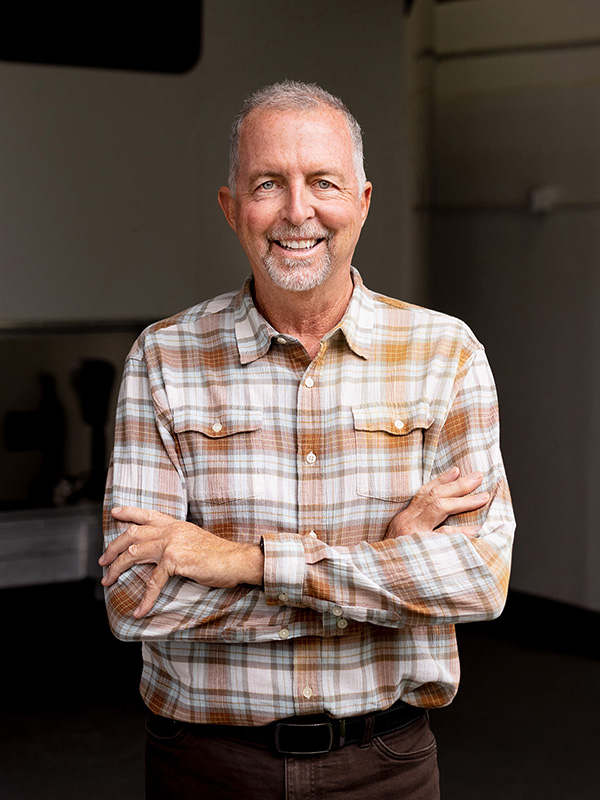 Walter Hofmann has spent the better part of his life living in Mammoth Mountain raising his two children, his son and co-founder of Living Vehicle, Matthew, and his daughter, Allson, where he acquired a deep appreciation for the great outdoors. With a rich background in publishing, Walter, or ‘Wally’ founded New Times Publishing Inc. where he curated Mammoth Times, a full-color weekly newspaper read by die-hard skiers, snowboarders, and winter adventurers for over two decades.
‍
After selling his publishing business, the editorial entrepreneur decided to get certified in LEED Sustainable design and team up with his son in 2010. It was then when they started Hofmann Architecture, which quickly became the go-to firm for the execution of mobile and deployable, small-space installations that allows its owners the freedom to explore and live closer to nature. Together Wally and Matthew, along with Matthew’s partner in business and life, Joanna, customized more than 400 vintage Airstream aluminum trailers. After trading snow for sand to work at Hofmann Architecture, the ski instructor soon found another home in Santa Barbara, where he quickly became a community leader holding many positions including board and president’s council member at Santa Barbara County school district, Career Coast and Team Leader at Partners in Education, and Tutor working with ESL students to improve their English skills at Santa Barbara County Library.
‍
After seven years as the President of Hofmann Architecture, Wally embarked on a new adventure with Matthew and Joanna as co-founders of Living Vehicle in 2017. Wally brings over 40 years of business ownership experience and his charismatic personality to his role as Chief Service Officer. At Living Vehicle, Wally skillfully delivers white glove customer care to every LV owner and is responsible for all client relations and communications, organizing team-building events and parties for owners, and connecting Living Vehicle with the community of Santa Barbara.
‍
In his spare time, Wally still enjoys embracing the Great Outdoors, cooking, flying RC model planes, and volunteers at Cottage Hospital with his certified and trained Therapy Dog (12-year-old Lab) Lilly for the last six years. Most of all, Wally is a family man who always encourages his children to pursue their passions in life.